This workflow may be of interest to the many faculty participating in the SEA-PHAGES project. Using a similar methodology to the one used to create the synthetic yeast genome, we are instead synthesizing phage genomes. There are many advantages of this "Build-a-Phage" course.

Your students could edit and manipulate phage genomes to learn about genome structure and function!

Protocols for this workflow are available in our BAG Lab Manual.

Featured Resource of the Week 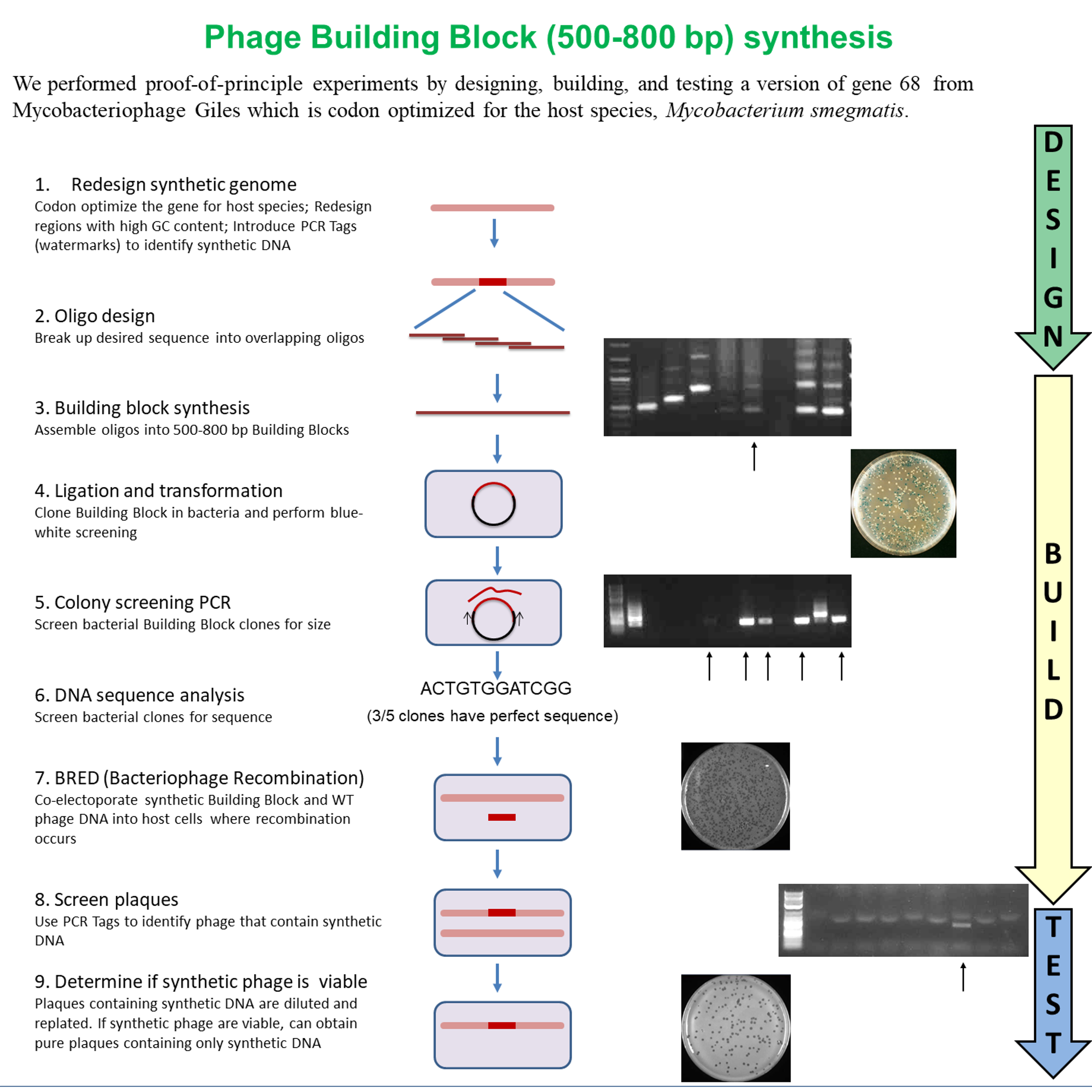