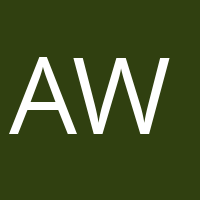 Introduction: Mental fitness play an important role in the life of a student. Games give mental power to students. Now research have proven that students, who play games along with their studies, they perform very well in practical life and professional life. So, games should be part of life to make a sound mind.  The best games at school level provides both mental and physical health to students.

Students  who play games are able to think in stressed conditions because they have sharp mind. Best games at school level are listed here which are played in school.

Stuck in the mud

If runner tagged you while running then you had to freeze in the place from where you were tagged. Your other friend would have to help you out (avoiding the runner) by crawling underneath your legs. Checkout the site for more information

As name indicate, a member of group seek the other members who are hide. The member who seeks first in the game will be the next seeker and then games goes on. Further more this game also play outside the home as in institutes or any other places.

In this game the team members have to touch the ball to increase the score against the other team.

It is similar to normal skipping. In this game skipping is done with two ropes turning in opposite directions and generally has several kids jumping simultaneously.

This is the type of a classic game and a single person can play it alone. Firstly, toss with a small object and then retrieve the objects.

All Players sit in circle and closing their eyes. A person who does not play selects a murderer. When players open their eyes, then murderer can “kill” players off by winking at them. The players that are winked at have to react like die dramatically and leave the game. The detective’s job is to find out who the murderer is, but  only in three chances.

The most popular game among the students is Duck duck goose. In this games the kids are sit in a circle in front of each other and other person walk around the sitting members. If one person may try to up their head the other person get noticed and then he is out of the game.