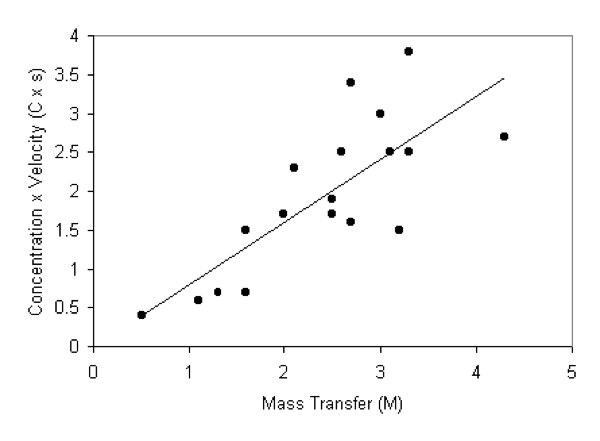 Translocation of Nutrients in the Phloem: Dixon's Paradox

Summary:
This module introduces the Dixon equation in the context of understanding nutrient transport through sieve tubes. It is intended for an introductory biology audience.

Student Introduction: Plant phloem consists mainly of living cells called seive tubes that carry food in the form of carbon from their sources such as leaves to sinks such as roots. In the early 1920's, scientists attempted to quantify the flow of carbon in plants in order to understand the mechanisms behind transport. Proponents of mass transport believed the high carbon concentration near the leaves and the low concentration near sinks would set up a pressure gradient along the entire length of the plant that could drive the flow of nutrients. In other words, along the length of the plant the concentration of carbon increases very slightly every few micrometers. These slight changes would be enough to drive nutrient flow.