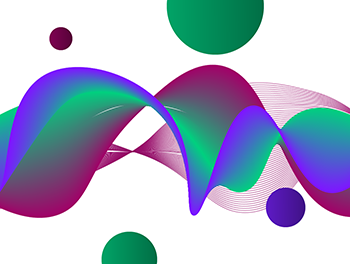 1. Michigan State University 2. BEACON Center for the Study of Evolution in Action

Summary:
EvoEd module on citrate use in E.coli

Bacteria are excellent model organisms for studying evolution.  They are easy to grow, maintain, and handle under very controlled conditions.  Even more importantly for evolution research, they can grow to very large population sizes in small culture flasks, and reproduce very rapidly.  These characteristics mean that experimental populations can have a steady supply of variation for natural selection to work upon, and these populations can evolve quickly enough for evolution to be studied in action.  Finally, unlike mammals, bacteria can be frozen without being killed, so samples can be taken of evolving populations that can be frozen regularly, and revived to discover how evolution worked.  One of the most studied bacteria is E. coli, which is found in the gut of most warm-blooded animals.

In 1988, Dr. Richard Lenski started the Long-Term Evolution Experiment (LTEE), when he founded 12 populations of E. coli from a single clone. Every day 1% of each population is transferred to a flask containing a fresh volume of a nutrient broth containing a small amount of glucose for the bacteria to use as food. Each day the populations go through about 6.67 generations, and the twelve have each evolved for more than 60,000 generations over the course of the experiment so far. Samples of each population are frozen every 500 generations, meaning that Dr. Lenski has a complete frozen fossil record of the evolution of each population from which he can revive bacteria at any time to study their evolution.

The nutrient broth also contains a large amount of citrate, which is included to help the bacteria take up the iron they need to grow. This citrate could be a second food source for the bacteria, but one of the defining characteristics of E. coli as a species is its inability to grow on citrate when oxygen is present. However, after ~31,000 bacterial generations, one of the populations evolved the capacity to do just that. The evolution of this trait, called Cit+, is exceptionally rare. Indeed, spontaneous evolution of a Cit+ E. coli was reported only once in the entire 20th century!