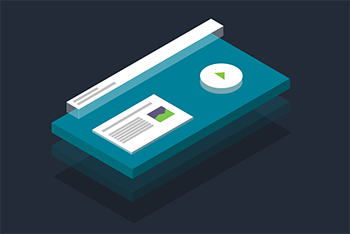 Summary:
Laboratory experiment included in Teaching Issues and Experiments in Ecology (TIEE) Volume 4 The main learning objective of this module was to tie together what students had learned during the last half of the semester.

This game was implemented at an open-enrollment community college in BIO 101. Thus, the complexity of the game was reduced to support the more general understanding of the students.

This game was intended to tie together the concepts of evolution, population dynamics, and community interactions. I assigned three mouth types, representing three types of predators as outlined in the slide show. I chose three prey species that would all compete for the same resource - nectar, also outlined in the slideshow. By doing this, I could tell students that there is a total number of prey that can be supported by the nectar resource, and a total number of predators that could be supported by the prey resource. The calculations in the spreadsheet are based on a set maximum prey abundance across all three species, and a similar cap on predators. These are set in the spreadsheet based on class size and instructor preference. Data are collected on the number of each prey species eaten and the total number of prey eaten by predators.  The new population size of each insect species is calculated based on survival/eating efficiency as a proportion of the whole. The data are graphed as they are added to the tables.

During the game, we evaluated the results of each feeding round and discussed what was happening to each population and why. When the game is over, students are presented with three critical thinking questions - found in the slideshow. I asked students to write a one paragraph response to each question.

In this game, students play the role of three types of insect predators as they forage upon three potential prey species (represented by three different types of noodles). Students conduct 5-10 simulations each of which lasts about 45 seconds. After each simulation, prey reproduce based on the number remaining, and predator numbers are adjusted to reflect mortality and reproduction. In insect communities, prey species may evolve defenses, including poisons, in response to strong predation pressure. In this game, one prey type becomes poisonous, while the other types remain palatable. Shortly afterwards, the least successful predator can become tolerant of the poison if the instructor chooses.