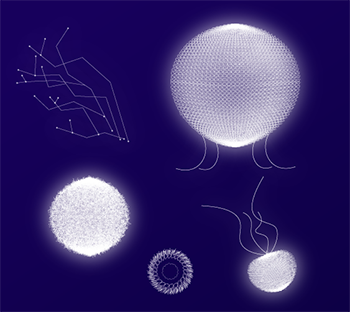 The Evolution of Color Vision in Monkeys: From Nucleotides to Ecology

This case study examines the evolution color vision in Old World and New World monkeys from multiple biological perspectives. This integrative approach employs both problem-based learning techniques and directed questions as students move through a series of modules that takes them from nucleotides through alternative alleles to protein function to ecology and phylogenetics. The modules (ecology, cell biology/protein function, genetics and phylogenetics) can to be used in any order as dictated by course objectives and structure. The case study is appropriate for a basic undergraduate biology course or for genetics, ecology and cell biology upper level courses. A key feature of the case study is weaving evolutionary thinking into the biology curriculum. The research phase of problem-based learning is supported by a series of slides and simulations that can be downloaded from the authors' site where they are stored, edited, and used according to instructors' needs.