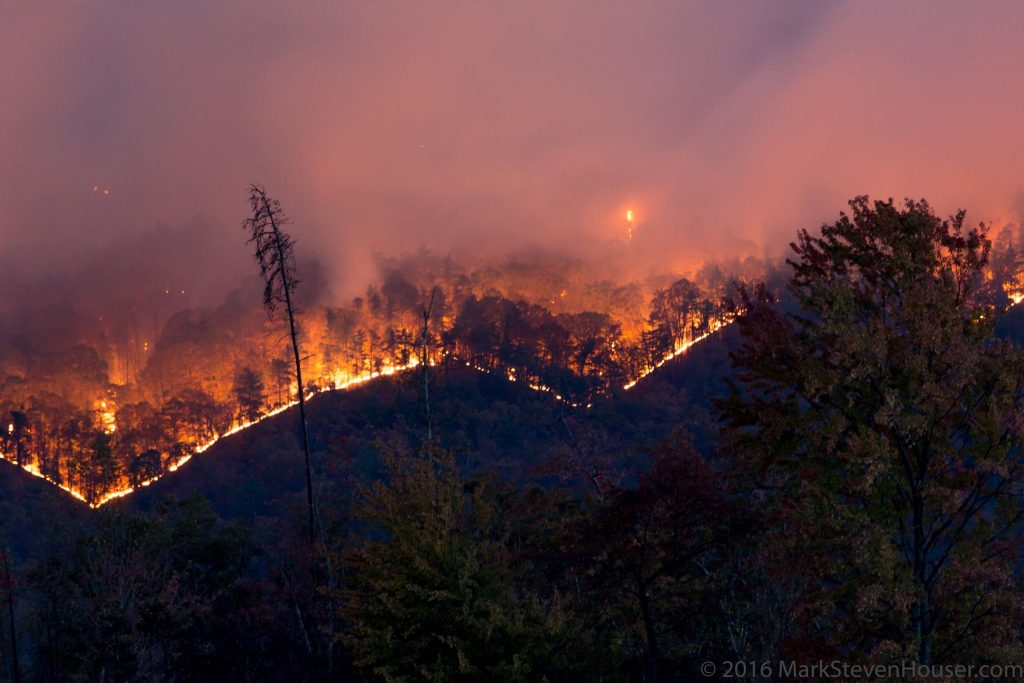 Testing hypotheses about the role of wildfire in structuring avian communities

Summary:
This module assesses the role of wildfire in the eastern US and its impact on bird communities using NEON bird survey data from pre- and post- a major wildfire in the Great Smoky Mountains National Park (GRSM) in November 2016.

Students build on fundamental concepts of disturbance ecology and its role in structuring wildlife communities.  This module specifically assesses the role of wildfire in the eastern US and its impact on bird communities using NEON bird survey data from pre- and post- a major wildfire in the Great Smoky Mountains National Park (GRSM) in November 2016.  Over two class/lab periods, students learn about natural disturbances in the eastern US and develop hypotheses about the GRSM case study, and then carry out data analysis using NEON data to test their hypotheses.  Bird survey data from summer 2016 are used as pre-burn data and bird surveys from summer 2017 and 2018 are used as post-burn data, where some survey plots were affected by the burn and others were not.  A Before-After-Control-Impact (BACI) design is used to determine whether bird species richness and diversity was affected by the fire.  Students are challenged to think about how to ‘wrangle’ data from NEON downloads so that they can be used to calculate diversity indices and test hypotheses about changes in those indices pre- and post-wildfire.  By the end of this module, student should be able to: (1) Develop hypotheses about the role of natural disturbance (specifically wildfire) on the distribution and abundance of birds in GRSM, (2) Understand how to use a Before-After-Control-Impact (BACI) design to test hypotheses using NEON bird data collected before and after a wildfire, (3) Wrangle and analyze data in R, and (4) Hypothesize alternative factors that may influence changes in avian communities following natural disturbance.

I updated the AnalysisMarkdown.Rmd and AnalysisMarkdown.pdf to include the ability to download the bird survey data directly from NEON using the neonutilities package and zipsByProduct function.  The data in version one had a couple of problems, including solitary vireo instead of blue headed vireo, that have since been corrected.  It is also useful for students to learn how to access NEON data directly using R.