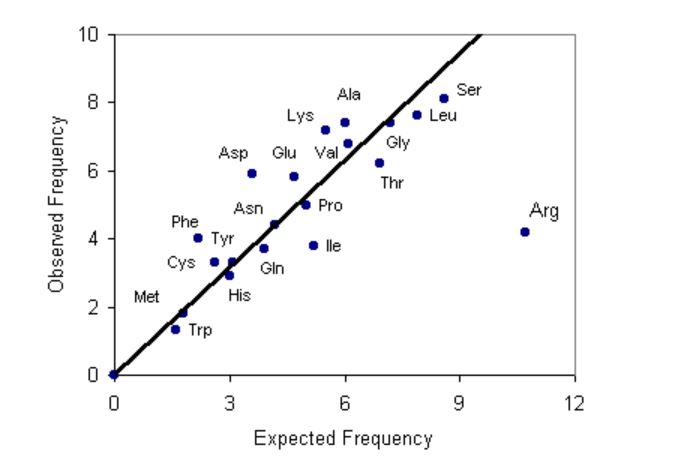 This publication belongs to the Quantitative Biology at Community Colleges group.

Summary:
This module introduces expected frequencies in the context of understanding amino acid composition. It is intended for an introductory biology audience.

This activity maps to the OpenStax biology textbook, 15.1. The Genetic Code