Saturday, January 7, 2017 at the Joint Mathematics Meetings in Atlanta, GA

Mathematical and computational biology encompasses a broad range of biological phenomena and quantitative methods for exploring those phenomena. The pace of research at this junction continues to accelerate and substantial advancements in problems from gene regulation, genomics, phylogenetics, RNA folding, evolution, infectious disease dynamics, neuroscience, drug resistance modeling, and medical breakthroughs have increasingly ensued from utilizing mathematical and computational approaches. The goal for the BIOSIGMAA-sponsored IPS at the Joint Mathematics Meetings is to showcases this diversity of topics and their mathematical treatments. The specific focus of this year’s session was on protein and RNA folding, synthetic biology, and cancer research.

The opening talk for the session Entangled proteins: knotting and linking was delivered by Kenneth Millet (University of California, Santa Barbara). He presented methods for recognizing the presence of Knots, slipknots, and linked structures in certain proteins and for measuring the extent of their influence on a protein’s function via a historically based description of the development and evolution of the fundamental concepts. His focus on the study of paradigm examples that inspire important research. In her talk The Combinatorics of RNA Branching, Christine Heitsch (Georgia Institute of Technology) reiterated that understanding the folding of RNA sequences into three-dimensional structures is a fundamental challenge in molecular biology. She examined branching of an RNA secondary structure and showed how results from enumerative, probabilistic, analytic, and geometric combinatorics could yield insights into RNA structure formation, and suggest new directions in viral capsid assembly. Shifting to synthetic biology (the interdisciplinary field in which biological machines, designed to do a variety of useful things, are built and tested in the laboratory), Laurie Heyer (Davidson College) discussed how mathematical models can be used to assist with the design and testing of molecular systems that force cells to produce desired small molecules. In her talk Combinatorial and Computational Models in Synthetic Biology she presented the system Programmed Evolution designed by her team to make cells produce a drug for treating asthma at an optimal rate, and for not evolving away from this optimal solution.

The talks on mathematical models for cancer research started with the presentation A mathematical framework to personalize gastric carcinogenesis screening by Heiko Enderling (H. Lee Moffitt Cancer Center & Research Institute) who described the benefits of early detection and endoscopic surgical therapy for gastric cancer. He then presented a mathematical model shown to reproduce observed dynamics of the stem cell population with accuracy, and discussed possible uses for the model as a computational tool for the prediction of patient-specific GSC population dynamics and as a guide to personalized screening schedules for disease monitoring and for detection of malignancy. The session concluded with the talk Determining Near-Optimal Treatment Protocols via Nonlinear Cancer Models delivered by Shelby Wilson (Morehouse College). She outlined two mathematical models of cancer growth, validated with preclinical data, for the effects of chemotherapy in combination with non-traditional anti-cancer interventions, e.g., immunotherapy and anti-angiogenic drugs. She then discussed the use of heuristic algorithms (genetic algorithms, simulated annealing, Particle swarm algorithms) for designing optimal treatment protocols. The talk "The role of the autologous immune response in chronic myelogenous leukemia had to be cancelled," as Doron Levy (University of Maryland) couldn’t make it to the session -- his flight to Atlanta was canceled due to the snow storm.

A big THANK YOU to all invited speakers for a great session, and kudos to our presenters from the Atlanta area, Christine Heitsch and Shelbie Wilson, who braved the icy-road conditions on Saturday morning and made it to the session on time!

Stay tuned for the next BIO SIGMAA sponsored invited paper session Current Trends in Mathematical and Computational Biology at JMM 2018! 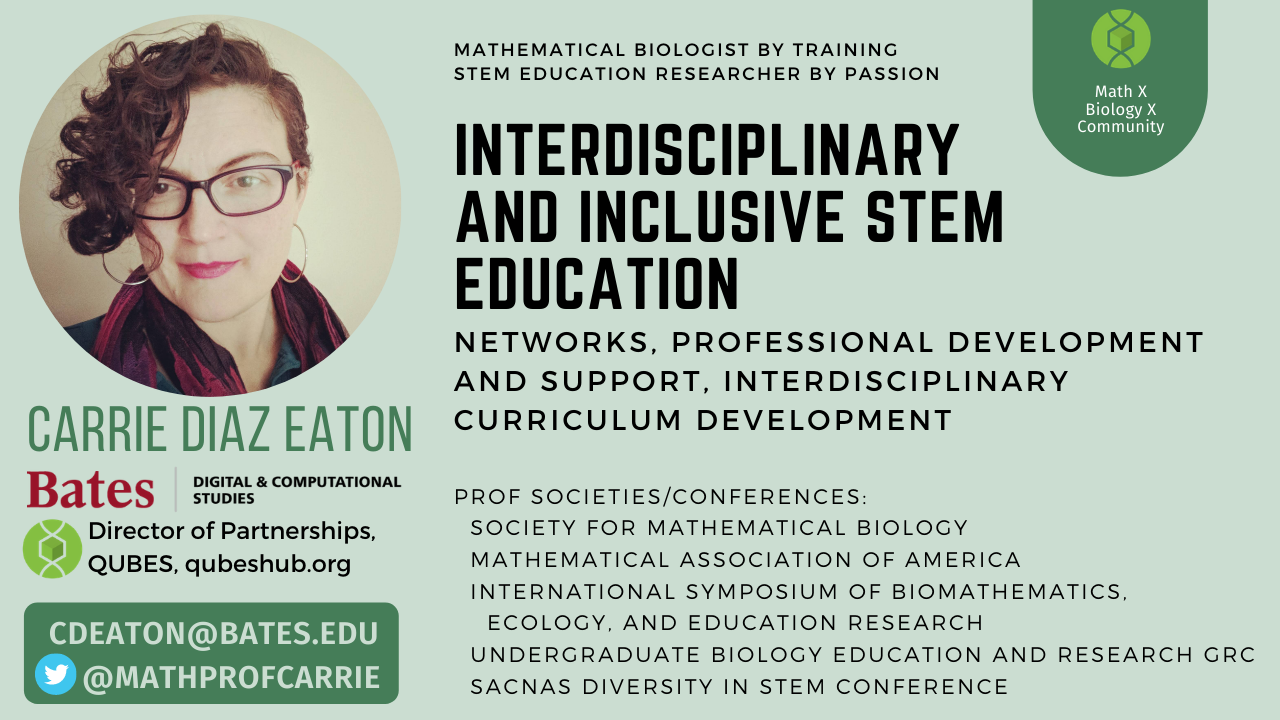 Director of Partnerships and Communications, QUBES