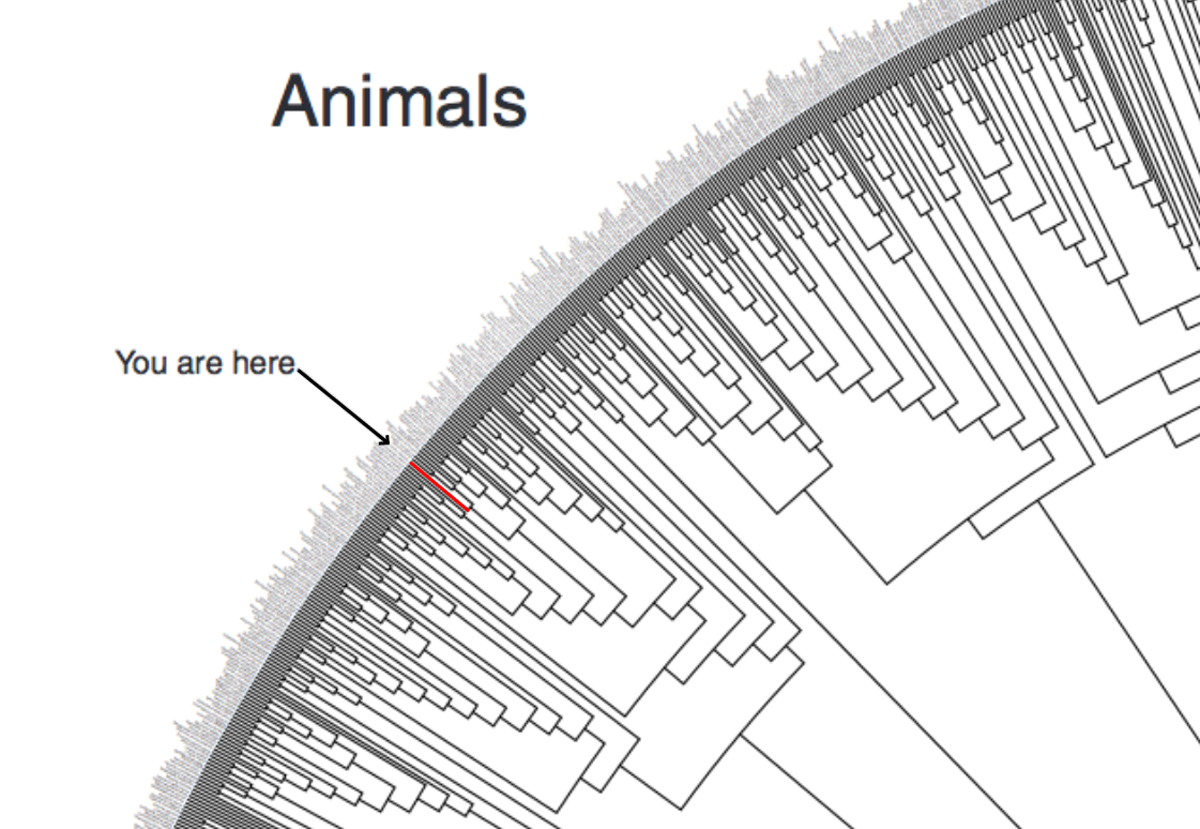 Many terms and phrases that are ubiquitous in everyday use have very different meanings in science. As a result, biology students often hold prior conceptions that are difficult to change. In this essay, I refer to such problematic terms as STUMPS: Scientific Terms Undermined by Meanings Peripheral to Science. STUMPS are so commonplace that even scientists, science journalists, and instructors sometimes use them incorrectly in science discourse, further hindering student learning. The goals of this essay are: (1) to build awareness among instructors about their own use of STUMPS, and (2) to prompt instructors to help students build a metacognitive awareness of STUMPS so that students can overcome barriers to learning in science. As examples, the “humans and animals” STUMPS is discussed in detail, followed by the common evolution-related STUMPS “selection,” “adaptation,” and “fitness,” and the common process-of-science STUMPS “theory,” “hypothesis,” “prediction,” and “experiment.” The problem of STUMPS should be addressed transparently and often in the classroom, with plenty of opportunities for students to practice correct use of terms to ensure successful learning in science.

According to the constructivist theory of learning, students are not blank slates when they walk into the classroom. Instead, they build new knowledge based on their own prior knowledge and experience (1). Unfortunately, students enter our classes with knowledge of many commonly used terms and phrases that have very different meanings in science. As a result, students often hold prior conceptions that are remarkably difficult to change (2). In this essay, I will refer to such problematic terms as STUMPS, Scientific Terms Undermined by Meanings Peripheral to Science—because they stump students (whether they are aware of it or not), impeding learning.

It is not realistic or even desirable under the constructivist theory to attempt to erase prior conceptions of terms per se (3-4). Rather, a more tenable goal is to make students metacognitively aware that STUMPS exist, then train them to identify these words and to employ them correctly in the right context (5). In this way, prior conceptions do not become insurmountable barriers to conceptual understanding in biology.

Some STUMPS are so embedded in everyday culture that we scientists and instructors can misuse the terms, thus inadvertently perpetuating student misconceptions. The goals of this essay are to: (1) build awareness among instructors about their own use of STUMPS, and (2) prompt instructors to help students build a metacognitive awareness of STUMPS so that students can plan, monitor, and evaluate their own learning accordingly. I will first explore the “humans and animals” STUMPS in some detail, then provide a few other common examples from evolution and the process of science.

There are at least two major reasons why the unintentional suggestion that humans aren’t animals is a problem: the first involves evolution; the second involves ecology. First, the “humans and animals” paradigm undermines an evolutionary concept that is foundational to all of biology: species are related due to common ancestry. For example, under the “humans and animals” paradigm, it would seem coincidental and surprising that a trait would occur in both chimpanzees and humans. In contrast, under the “humans are animals” paradigm, humans and chimpanzees are expected to share many traits due to common ancestry. After all, humans and chimps are about 98% similar when it comes to their DNA sequences (14). This concept of common ancestry is essential to the study of humans and other organisms in profound ways, such as our understanding of the origin of infectious diseases in humans, and the use of model organisms such as fruit flies and mice to better understand the genetics, physiology, and behavior of humans and other animals. Unfortunately, the process of evolution is already so poorly understood by many students for a variety of religious, emotional, and cognitive reasons (15). Sloppy “humans and animals” language exacerbates the problem.

The second major problem with the “humans and animals” STUMPS is that our future as a species hinges on developing a “humans are animals” world view, which places humans deep within the context of ecological relationships. It is not surprising that we consider ourselves “above” other animals due to our sharp intellect, complex social structure, and domination of most ecosystems and natural resources. The fact that we are the undisputed dominant species on Earth is why the naming of the Anthropocene, a new geologic epoch based on human impacts, has garnered so much support (16).  Yet, if not corrected, this feeling of separateness from the other members of our ecosystems may ultimately be our downfall. The way forward is to embrace our place in our evolutionary and ecological context, to remember that: (1) we are not superior to other animals in biological terms, only different from them in degrees just as they differ from each other; all of us survivors of a long history of divergence and adaptation to our ecological niches; (2) we are part of our ecosystems, not apart from them, so our actions directly affect the structure and dynamics of communities, the cycling of nutrients, and the flow of energy that are the foundation of ecosystem function, and (3) what is good for ecosystem function is good for us, because like all organisms, we rely on healthy, functioning ecosystems to continue to produce the goods and services that we need to survive.

So, instructors and students alike should take care to avoid the “humans and animals” STUMPS. This phrase and its derivatives perpetuate a philosophy of living that is, at best, out of touch with science and, at worst, counterproductive to a sustainable future.

In addition to “humans and animals,” at least three other evolution STUMPS are familiar in the classroom (see Table 1).

To begin, “selection” in everyday use refers to a human enterprise that involves choice, a purposeful action. This use aligns well with the concept of “artificial selection,” where breeders choose certain pairings of plants or animals to produce offspring with desired traits. However, this familiar sense of the word undermines the meaning of natural selection, in which no one is consciously choosing traits. Rather, organisms with favorable heritable traits survive and reproduce at a higher rate than organisms lacking those traits. The unfortunate historical use of the word “selection” perpetuates students’ preexisting tendencies to apply purpose to unpurposeful events (2).

“Adaptation” and “fitness” are also notorious evolution STUMPS that cause confusion in the biology classroom (17-18). In everyday terms, “adaptation” refers to our ability to get used to a new condition, like getting used to the snow in Boston or getting used to the hot water in a tub. This everyday meaning undermines the very different scientific meaning of adaptation in an evolutionary context, which refers to a heritable characteristic that increases the fitness of organisms. Organisms cannot change their heritable traits. Rather, they live or die, and reproduce few or many viable offspring depending on these heritable traits. In science, when individual organisms get used to a new condition, they “acclimatize” to it, or in the case of lab organisms getting used to lab conditions, they “acclimate.” So, it is understandable why students get so confused; “adapt” in everyday use means “acclimatize” in science, a very unfortunate twist of history. The difference between the common and scientific uses of “adaptation” might seem trivial but it isn’t. Students often have the incorrect conception that individual organisms can evolve (rather than populations evolving), and (worse yet) that organisms can evolve because they need to or want to (17-18). These common misconceptions are perpetuated by the unfortunate adaptation STUMPS.

To complicate matters further, an adaptation increases an organism’s fitness, i.e. its ability to produce viable, fertile offspring (passing its genetic information to the next generation). But the students’ perceptions of “fitness” in an evolutionary context is undermined by a deep familiarity with the meaning of this term in everyday use: physical health, as typically measured by strength and speed (17-18). This fitness STUMPS primes students to expect that stronger and faster organisms will always win at the survival-of-the-fittest game, which is an incorrect conception. For some organisms in some environments, being fast or strong is not adaptive. Using plant examples can help students confront this incorrect conception.

In everyday use, many of the terms used to refer to the process of science are used interchangeably (Table 2).

For example, a student may have a “theory = hypothesis = prediction” that a sandwich is missing because a dog took it. This flexible use of science process terms also occurs in the media and among instructors, especially when they are not referring explicitly to the steps in the scientific method. The difference among terms is unimportant in the context of missing sandwiches, but very important in the context of the science classroom. To take “theory” as an example, the everyday meaning of “theory of evolution by natural selection” suggests that scientists have a hunch about the relationships among organisms. The scientific meaning could not be more different. Scientists understand that the theory of evolution by natural selection is as broadly supported by overwhelming evidence as is the theory of gravity and the theory that the earth revolves around the sun.

Like theory, prediction, and hypothesis, the term “experiment” is also used in a flexible way in everyday English, undermining its specific meaning in science. A student might experiment with different kinds of salad dressings at the dining hall or even experiment with doing homework or not before class. In essence, experiment in a common context can mean, basically, trying stuff out. While tinkering and trying stuff out is a huge part of doing science, an experiment in the scientific process context requires the careful control of variables to test a hypothesis. Students tend to struggle with the concept of isolating and controlling variables (19), so the experiment STUMPS perpetuates their struggles.

There are numerous additional STUMPS that impede teaching and learning biology, from the meaning of “dominant” in reference to alleles to phrases like “using up energy” or “plants make energy” which defy the first law of thermodynamics. Although not all misconceptions are derived from STUMPS (2), they can present significant barriers to learning. What is the solution to the STUMPS problem? The first step is for instructors to be aware of STUMPS and avoid using them non-scientifically in the science classroom. The next step is to be transparent with students about the problem and give them plenty of practice to overcome it. For example, introduce the STUMPS problem at the beginning of the semester, bring it up every time new STUMPS vocabulary is introduced in the class, give students plenty of formative assessment opportunities to discover if they are getting stumped by STUMPS, and follow up with appropriate questions in the summative assessment so that students will know that you value using scientific terminology in a manner that is scientifically correct. It is unfortunate that students’ prior experience with everyday words can hinder their learning in science. Since the source of the problem cannot be removed, the best option is to address it directly and often in class.

Thanks to Chiron Graves for helpful conversations during the preparation of this essay, and Jackie Washington and Kelly McDonald for their review of the manuscript.