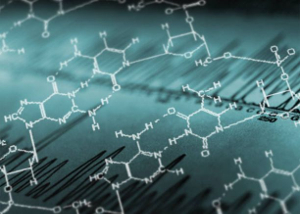 Objectives: Over the past fifteen years, modern biology has been transformed by new mathematical methods that have complemented and driven biological discoveries. Problems from signaling, gene regulation, genomics, RNA folding, infectious disease dynamics, drug resistance modeling, phylogenetics, neuroscience, and ecological networks such as food webs, have increasingly benefited from the application of discrete mathematics and computational algebra. While the use of modern algebraic methods is now in mainstream mathematical biology research, this trend has been slow to influence the undergraduate math and biology curricula, where classical difference and differential equation models still dominate. Students interested in mathematical biology have relatively easy access to courses that utilize these classical analytic methods, and they generally have adequate exposure to such methods before deciding upon a graduate program. However, students interested in algebraic and discrete mathematical approaches have fewer doors visibly open to them, and indeed may not even know that they exist. There is a general lack of awareness in the academic community for the critical impact of such approaches on contemporary biology and there is an urgent need to develop educational resources highlighting this growing trend. Our 2.5-day workshop will bring together a diverse group of faculty from the field of algebraic and discrete mathematical biology to address this need by: 1) surveying existing educational resources in discrete and algebraic mathematical biology; 2) identifying topics appropriate for undergraduates not yet featured in the existing literature; 3) identifying target courses in the mathematics and biology curricula that would benefit most from featuring those topics; 4) initiating the development of new curricular materials and ultimately publishing the materials for those topics; 5) facilitating the growth of a community of faculty actively involved in creating and using curricular resources for algebraic mathematical biology.