There are many unanswered questions about the arrangement and structure of complex genomes. One way to investigate these issues is to manipulate the arrangement and order of genes and functional elements within a genome. The SCRaMbLE system (”Synthetic Chromosome Recombination and Modification by LoxP-mediated Evolution”) allows us to do this.

The Synthetic Yeast Project has introduced LoxP sites throughout the redesigned synthetic yeast genome. We have been working with yeast strains containing synthetic versions of chromosomes V and X which contain hundreds of LoxP sites. Becuase the Cre gene is under the control of an inducible promoter, rearrangements between the LoxP sites can be induced, leading to a population of yeast with diverse chromosomal structures and arrangements. When we plate cells after SCRaMbLE, we typically see heterogeneous colony sizes, indicative of changes in fitness under our selective conditions; some strains grow more poorly, but some strains have enhanced growth in the selective conditions. 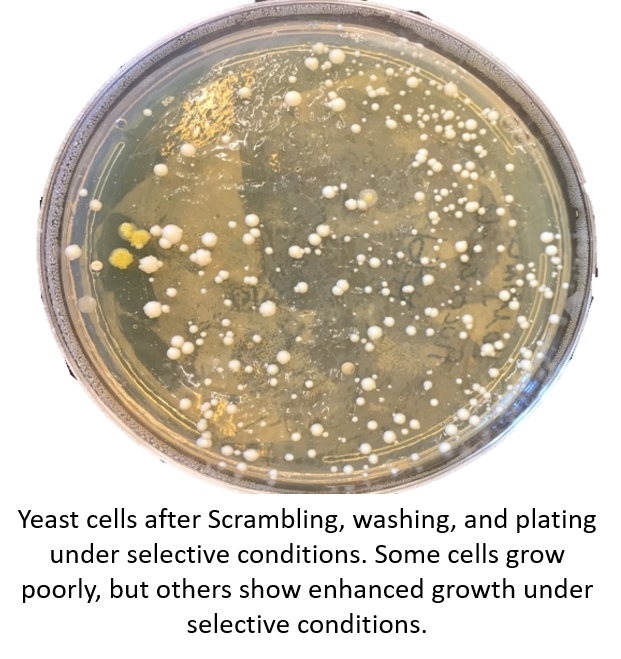 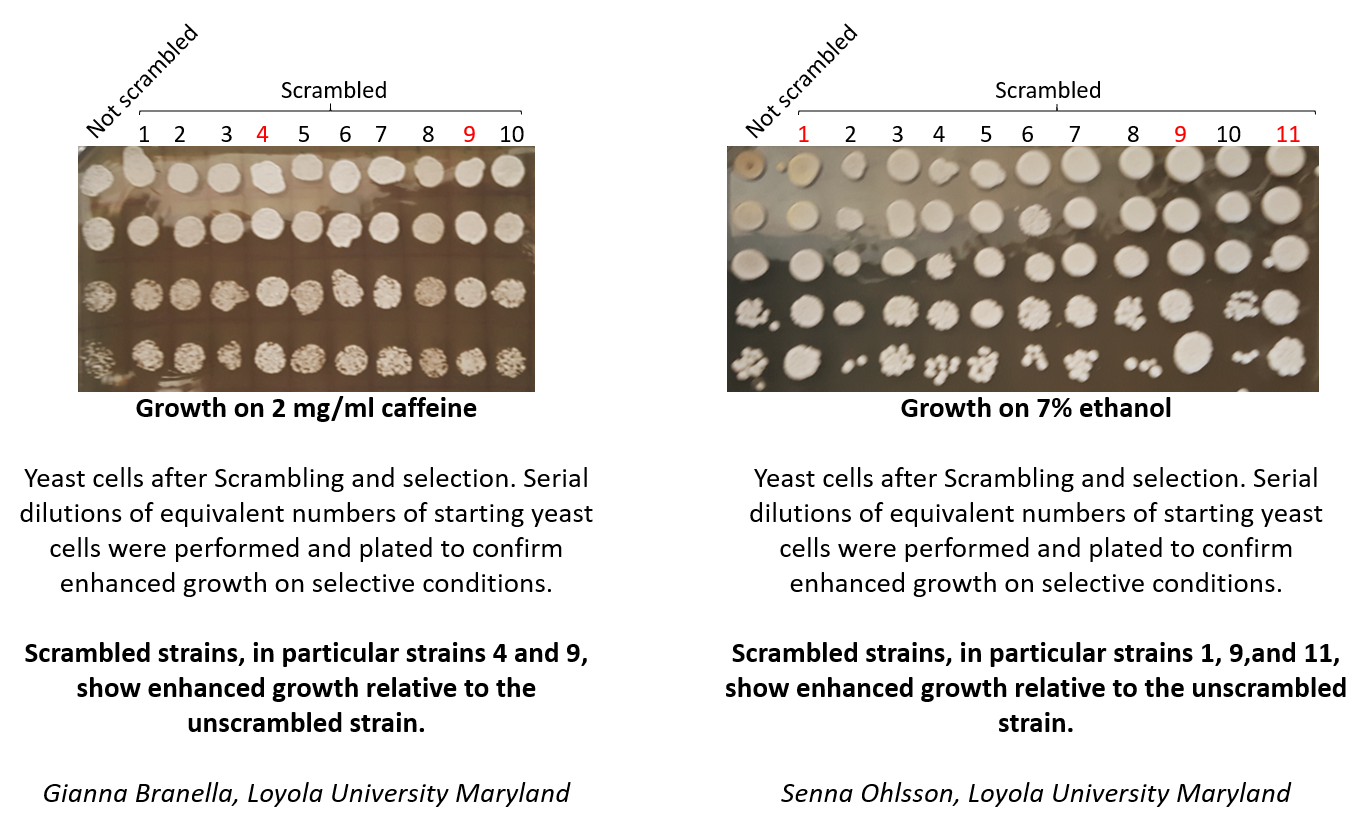