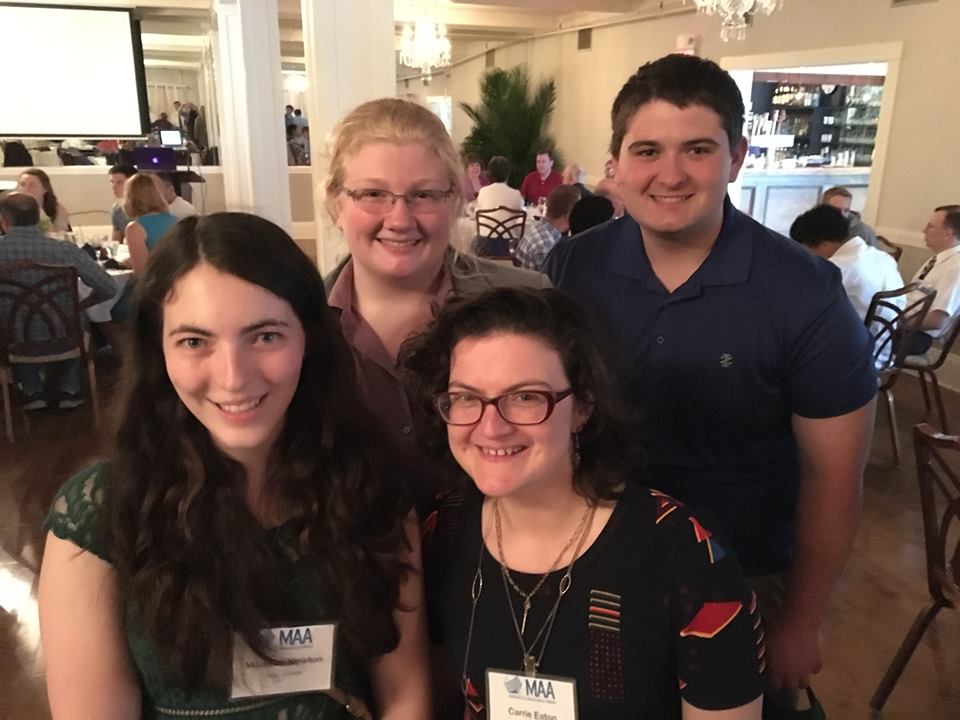 The Spring Conference of the Northeastern Section of the Mathematical Association of America (NES/MAA) was held June 3-4 at the University of New England in Biddeford, Maine. The Mathematical Association of America is a Partner of QUBES and its Special Interest Group, BIO SIGMAA, was one of our earliest QUBES Hub funders. This regional meeting rotates locations throughout the Northeastern Section, and takes place biannually, in the fall and spring. The meeting’s plenary lectures and organized events relate to quantitative literacy, big data, and mathematical biology.

Cheng Peng, of the University of Southern Maine, gave a talk on “The Science of Turning Raw Data to Actionable Knowledge,” in which he characterized data science as so expansive, it cannot be defined in any single way. He defined data as recorded information, with data science a mix between the skill sets of hacking, substantive expertise, and math and statistics knowledge. You can see in the image labeled “So what is data science?” how these three skill sets mix to create traditional research, a danger zone, machine learning, and of course data science.

A careers in data science panel consisted of Dan Pitch from Freeport Metrics, Michael Topchik from iVantage Health Analytics, and Jeff Jordan from the State of Maine government. One take home message was that they specifically look to hire new graduates, and look for the right mindset. They are less concerned with candidates having the “right degree,” but rather passion and a good fit for the workplace community. They want people that can understand data and explain it to the public in a quick and easy way. The panel moderator also pointed out the website, http://benschmidt.org/jobs/, which has data visualizations which connect all majors to their professions.

One highlight was a plenary talk given by MAA president Francis E. Su titled 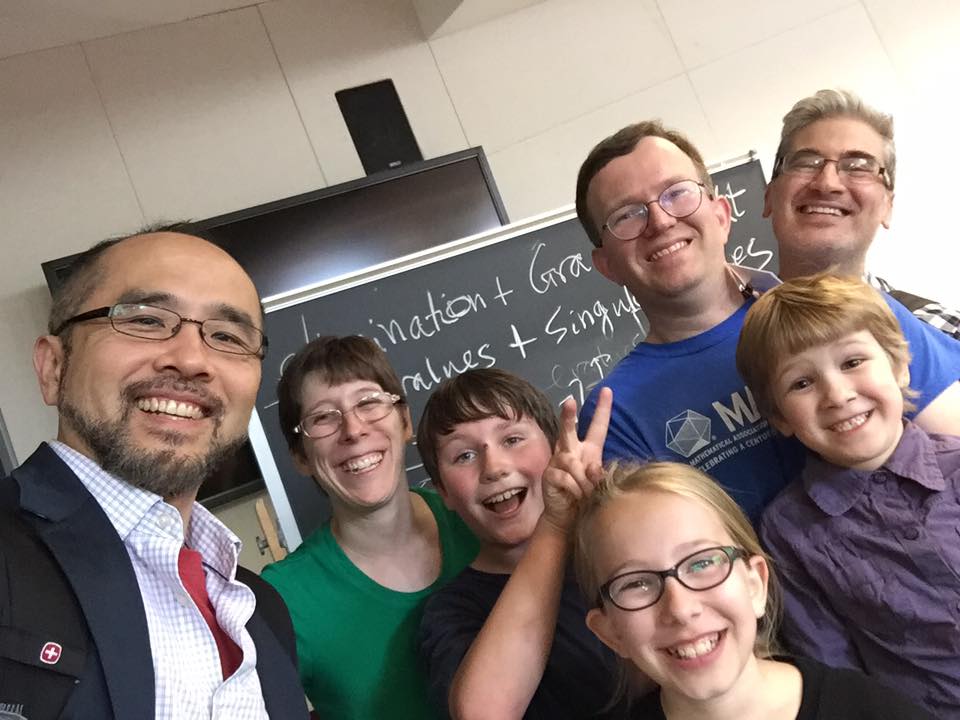 “Voting in Agreeable Societies.” He examined whether it was possible to have a majority agreed upon candidate when there exists different spectra of acceptable candidates in voter preference.  Dr. Su also pointed out that there can be multiple dimensions of issues on which voters may consider their decision, in a humorous but relevant example, noting the 29 dimensions of eHarmony matching. 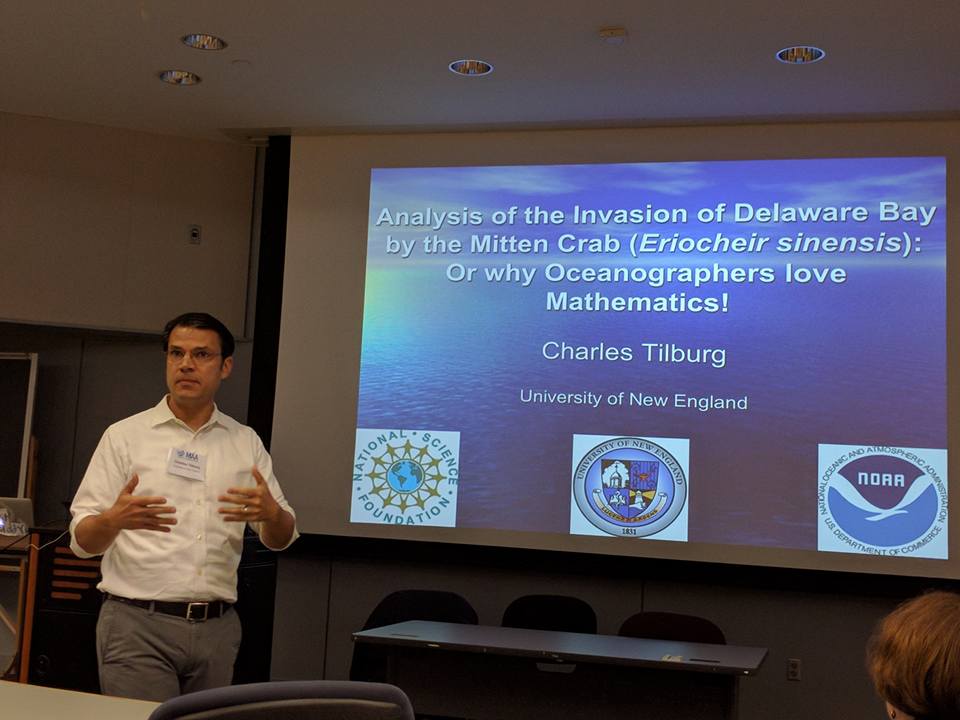 Another excellent talk led meeting attendees into the world of physical oceanography. Charles Tilburg talked on the “Analysis of the Invasion of Delaware Bay by the Mitten Crab (Eriocheiwr saneness): or why Oceanographers love Mathematics!" The larvae follow the currents and learn to ride them by floating along the top. They have adapted by sinking to the bottom during the in or out current to travel faster in either direction. He used Navier-Stokes equations as part of a model of ocean currents and crab larvae movement to predict where Mitten crabs settle, so that management plans could be better informed. In nearly every scenario, the crab larvae settled along the Delaware banks. The mitten crabs are undesirable and out-compete the tasty Blue crabs for resources and space, so this is bad news for Delaware.

Click here for a link to a collection of resources from the meeting!

I am the media and writing research assistant for Carrie Eaton on the communications of QUBES. I am a senior, double majoring for a bachelors degree in Environmental Writing & Media Studies, as well as Wildlife Biology at Unity College.

To keep up on the latest comments, subscribe to the comments feed for this entry.