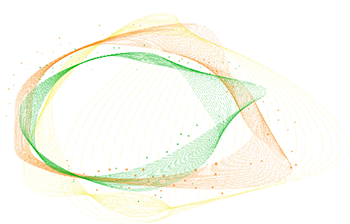 Summary:
This module introduces the Hardy-Weinberg model in the context of understanding the population's genotype and allele frequencies. It is intended for an introductory biology audience.

This activity maps to the OpenStax biology textbook, 19.1 Population Evolution

Student Introduction: The Hardy-Weinberg model, named after the two scientists that derived it in the early part of this century, describes and predicts genotype and allele frequencies in a non-evolving population. The model has five basic assumptions: 1) the population is large (i.e., there is no genetic drift); 2) there is no gene flow between populations, from migration or transfer of gametes; 3) mutations are negligible; 4) individuals are mating randomly; and 5) natural selection is not operating on the population. Given these assumptions, a population's genotype and allele frequencies will remain unchanged over successive generations, and the population is said to be in Hardy-Weinberg equilibrium. The Hardy-Weinberg model can also be applied to the genotype frequency of a single gene.